In 2020, when the pandemic hit the world in full force and governments were forced to impose lockdowns and restrictions to prevent the spread of COVID-19, many of us were forced to stay in our homes. This came with wider implications, including the rise in the usage of delivery services like Amazon and streaming services like Netflix (check out our list of the best transmasc characters on TV here). Another significant effect of the lockdowns was the decision of many clothing stores worldwide to shift from the traditional store-front method of conducting business to one that focused on online transactions. The clothing industry is incredibly diverse, but for a significant portion of the industry, they have one thing in common: they enforce the gender binary.

Many of us have probably, at one point, visited an online clothing store and browsed through their collections. Online, a store's collections are often neatly categorized into three main categories: "Men," "Women," and "Kids". This kind of segregation isn't limited to the online space. Until now, physical clothing stores also share the same type of categorization, with clearly defined "men's" and "women's" sections.

Our perception and understanding of sex and gender has evolved greatly over the course of human history, so why do our clothes still adhere to these binaries? In this post, we look at how and why sex, gender, and clothes interact.

Sex and gender two terms are often used interchangeably, but in reality they refer to two different things.

Sex refers to biological attributes, which are generally associated with physical and physiological features in humans and in animals. This can include anything from chromosomes, hormone levels, and gene expression to one's sexual anatomy, reproductive organs, and secondary sexual characteristics (like a beard, for example). It's a term that covers a huge variety of features, and while sex is generally categorized into a male and female binary, there is an increasing awareness and understanding of variations in what and how sex characteristics are expressed.

Intersex people are people born any number of variations in the way sex traits and reproductive anatomy are expressed. These variations might be apparent at birth or go unnoticed until later in life (for example, during puberty). In the past, when the gender binary was strictly enforced to prevent "deviance" like homosexuality, doctors would perform "corrective" surgeries with the goal of keeping the sex dichotomy strong and distinct. This practice persists to this day, with numbers of intersex children being subjected to medically irreversible, unnecessary "corrective" surgeries that can be harmful, leading to loss of sexual sensation and ongoing pain for the rest of the child's life. Today, people with intersex conditions are also given hormones during puberty to make them fit into the sex binary, in accordance to which category their doctor and their parents decide on at birth.

Intersex conditions aren't at all rare. An estimated 1-2 in 100 people born in the US are intersex, but these conditions are very often misunderstood. To this day, people around the world are being taught that sex is a binary, but in reality, it's much more complex than that. At the end of the day, our bodies don't define who we are - we're much more complex than that.

Gender, on the other hand, refers to socially constructed characteristics, expectations, and norms associated with what sex society perceives one to be. In this way, sex and gender interact, but are separate at the same time.

There's no one way to define gender. Gender norms and expectations are extremely fluid, and can change dramatically over time and over different cultures for a variety of different reasons. In other words, gender is a social construct. An example of the fluidity of gender norms is the rise of women in higher education in the US today. In the past, women were not expected to go to school, much less seek higher education in colleges and universities. This happened for a variety of societal expectations that turned into reasons, ranging from women's alleged" lack of interest" to higher education being "a risk to women's health". Today, women make up around 60% of students in higher education, and are able to pursue virtually any course of study that interests them. As a result of this, women have gained more inclusion in the workplace, including in leadership positions in major organizations worldwide.

Gender expression is the way people express their gender identity. As with other forms of expression, this comes in a variety of different forms, like behavior, mannerisms, pronouns, name, and appearance.

For some, gender expression is the outward representation of their gender identity, for example, if a cis man wears "masculine" clothing, then his gender expression corresponds with their gender identity. This isn't always the case - some women choose to dress more "masculinely", and some men choose to dress more "femininely", and this is one of many examples of gender non-conformity. Because gender is a social construction, gender non-conformity in practice can mean a huge variety of different things, from using a gender neutral pronoun to being in drag. 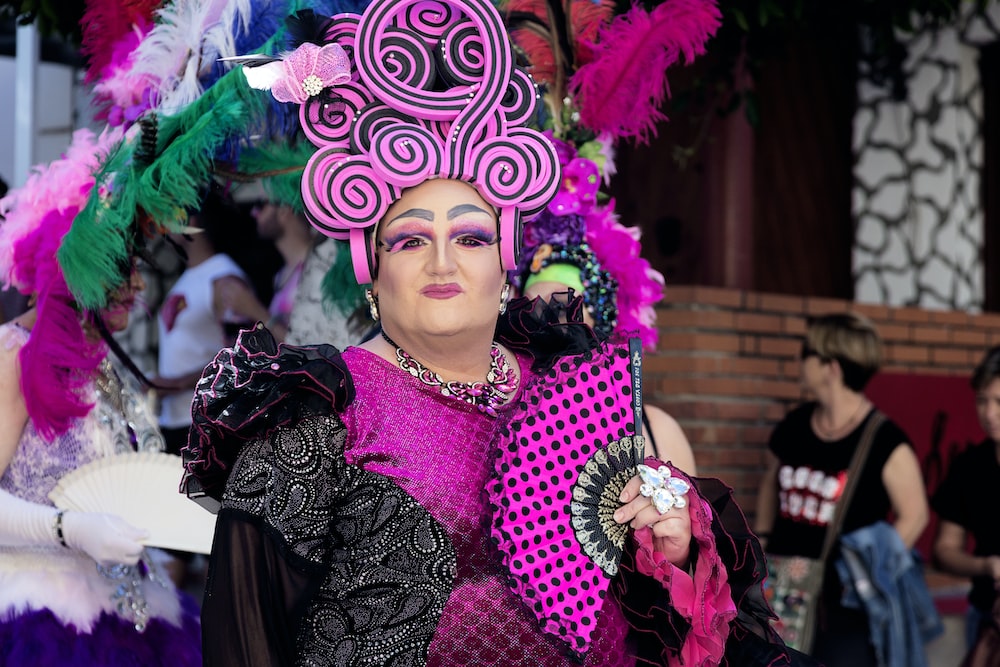 A Brief History of Clothes

Regardless of your sex and gender, clothes are and have always been an important form of expression. Their importance in the realm of gender expression is a fairly recent development. Historically, people of all sexes and genders wore fairly similar clothing, and differences in clothing were determined mainly by social standing and wealth rather than sex and gender. Later, the flashy, bold, and bright colors of men's clothing prior to the Victorian era were replaced with more conservative and somber fashion choices, similar to today's menswear.

The evolution of clothing towards becoming heavily gendered was western-centric, and held a lot of social and political meaning, especially because western society up until the 1980's was heavily patriarchal. According to Bain (2015), these changes symbolized the differences between men and women, with men supposedly being more practical, and women being more superficial. This further established the existing prejudice towards women and gender non-conforming folx.

As time wore on, clothing norms and fashion trends continued to change. Up until around the mid-1900s, trousers were almost exclusively associated with menswear. Today, they're worn by people all across the gender spectrum. In the 1970s, with the rise and popularization of feminism, people started to question gender roles, and in turn, started to experiment with different forms of expression through clothing. The first wave of gender-neutral fashion started in 1968 and ended in the mid 70's. This brought about more androgynous fashion and styles. But even then, supposedly "gender-neutral" and technically unisex fashion tended to highlight the differences between "male" and "female" anatomies, and were largely marketed as "his-and-hers" clothing.

The connotations associated with different articles of clothing over history have changed significantly, and it shows just how fickle the norms surrounding gender, sex, and clothes really are. At the end of the day, clothes really don't have any intrinsic gender connotations. As with other forms of art, their interpretation has more to do with the societal context than anything else. 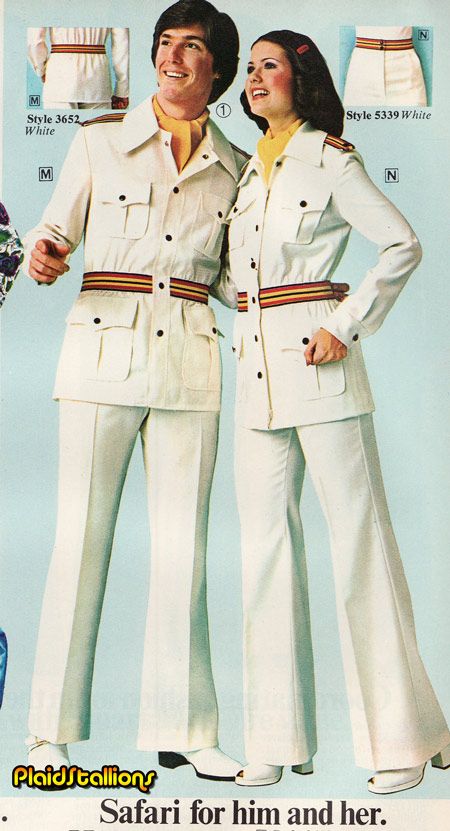 Now more than ever, trans and gender non-conforming individuals all around the world are finding a voice and calling for inclusion in many aspects of society, including fashion. Today, gender neutral clothing is on the rise once again, accompanied by a greater understanding of sex, gender identity, and gender expression.

There are significant advances in this area, with whole brands dedicated to breaking the deeply ingrained gender binary in the fashion and clothing industry emerging across the world (like Paxsies). Mainstream clothing brands have started to move towards gender-neutral fashion, as well. For instance, major UK department-store Selfridges launched their agender campaign in 2015.

Still, there is a long way to go before trans people and gender non-conforming individuals are truly represented in the world of fashion. It's important that designers and larger brands see gender-neutral fashion as not another trend that will come and go as time goes on, but as an emerging norm. It's time for society at large to embrace gender diversity. Trans and gender non-conforming individuals are and always will be present and deserve to be represented in the fashion industry.

Breaking the gender and sex binaries that are so heavily ingrained in the clothing industry will take time. Right now, clothes and accessories in major physical stores are still segregated between "men" and "women." Because of this, it can be hard for members of the transgender and gender nonconforming communities to shop for affirming clothes that help them fully express who they are and make them feel at home in their bodies. To this day, transgender people and gender non-conforming people are still being excluded from the shopping experience, and this can be a source of gender dysphoria.

It's important to remember that while clothes are an important and powerful form of expressing yourself, clothes don't define you or your identity, just like how your body doesn't define who you are. This is also true the other way around - a person's gender identity doesn't define their gender expression.

At Paxsies, we believe that everyone should be able to shop openly based on their individual preferences, rather than what society dictates one should wear. Our gender-neutral boxers are just a few of the first steps in our mission to help shape a more inclusive world for everyone.

If you want to learn more about us and why we do what we do, check out our about page!